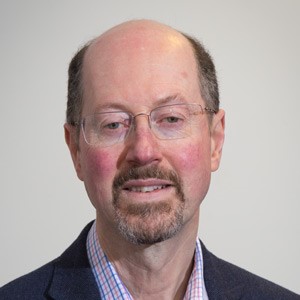 Martin Dawson is Professor and Director of Research at the University of Strathclyde’s Institute of Photonics (IoP), which he helped establish 25 years ago. He is also, since 2012, the Head and Scientific Director of the Fraunhofer Centre for Applied Photonics, the UK’s first Fraunhofer centre which is co-located with the IoP. Together, these two organisations employ over 100 staff and PhD/EngD students and have had funded R&D collaborations with over 150 companies.

Martin is a laser and semiconductor physicist whose research interests span III-V semiconductor materials science, microfabrication and optoelectronic and photonic devices, and extend to applications in communications, sensing, displays and imaging. He is best known for his pioneering contributions to gallium nitride micro-LEDs (a new form of electronic visual display technology), optically pumped semiconductor lasers and diamond photonics. Martin has been involved in the creation and development of several spin-out companies, including mLED Ltd which was acquired by Facebook/Oculus in 2016.

Martin holds fellowships of The Institute of Electrical and Electronics Engineers (IEEE), The Optical Society (OSA), Institute of Physics (IOP) and Royal Society of Edinburgh (RSE) and he has received several awards for his work including the 2016 Aron Kressel Award from the IEEE Photonics Society and the 2021 Nick Holonyak Jr Award from OSA. He gave the Rank lecture in 2014.