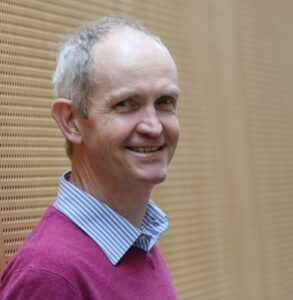 Jonathan works in the Centre for Photonics and Photonic Materials at the University of Bath, where he learns about new optical fibres and their applications.

He obtained his PhD at Cape Town and did postdoctoral research at the Ecole Normale Superieure in Paris (on whispering gallery mode resonators) and at the Optoelectronics Research Centre in Southampton (on novel forms of optical fibre).  At Bath, he has taken various roles including being founding Director of a Research Centre, co-founder of a spin-out company, Head of Physics and Pro Vice Chancellor (Research). Throughout that time he has worked to develop new forms of optical fibres, to understand their linear and nonlinear properties, and to use them in a range of new devices and applications including supercontinuum sources, ultrashort pulse fibre lasers, mid infrared fibre-based gas lasers, and light matter interactions in fibres. He has a strong record of collaboration with those who can use the results of his work, including suppliers of fibre lasers and supercontinuum sources, providers of equipment for optical materials processing and clinicians working to develop new forms of optical diagnostics and treatment.

He is a Fellow of Optica and of the Royal Society, and was awarded (with colleagues Birks and Russell) the Rank Prize in Optoelectronics in 2018.