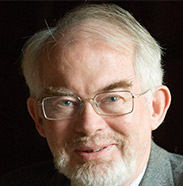 John Mollon is a Fellow and Director of Studies at Gonville and Caius College, Cambridge, where he teaches cognitive neuroscience. His research field is visual perception – and the genetic variations in perception between individuals. He studies the processes in the eye and the visual system that allow us to recognise the colour, the motion, the form and the distance of objects in our world.  One of his most interesting recent findings is that a person can be almost uniquely characterised by the latencies, the velocities and the accuracies of his or her eye movements. He has also studied in detail the large variations between people in the ability to recognise faces.

John is a Fellow of the Royal Society and is President of the International Colour Vision Society.  In 1989 he shared a Rank Prize Funds award for work on the genetics of the photopigments of the retina. He is a Tillyer medallist of the Optical Society of America.