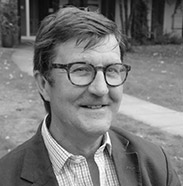 A farmer by profession, Joey was Director of the family business, Barrydale Limited, for nearly 30 years until 2005.

An amateur jockey, Joey rode 45 winners in National Hunt races, including the Fox Hunters at Aintree twice, and 110 Point-to-Point victories. Joey was appointed as a non-executive director of Racing Welfare in 2012, and Chair in 2014.