For outstanding research that has advanced our understanding of the genetic causes of obesity and its treatment.

Presented by The Right Honourable the Lord Darzi of Denham at the Royal College of Physicians on 20 January 2020.

The 2020 Rank Prize for Nutrition recognises this outstanding contribution to our understanding of the molecular and metabolic basis of rare and common forms of obesity.

Contrary to prevailing dogma, he demonstrated that these genes were important in controlling appetite and, when absent or defective, cause severe overeating. In particular, the discovery of defects in a gene encoding an appetite-suppressing hormone, leptin, was dramatic. Before this, most severe cases of childhood obesity were thought to be caused by a low metabolism rather than taking in excess energy. 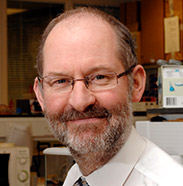 This contribution has led to novel treatments, more effective approaches to diagnosis, and better patient information. All of this helps families deal with the social stigma that comes with severe obesity in childhood.

Professor Sir O’Rahilly co-directs the Wellcome-MRC Institute of Metabolic Science at the University of Cambridge with Professor Nick Wareham. He directs the MRC Metabolic Diseases Unit and is Head of the Department of Clinical Biochemistry. On the wider Cambridge Biomedical Campus, he is Scientific Director of the NIHR Biomedical Research Centre.