Applications for the 2021 new lecturer grant in nutrition are now open. 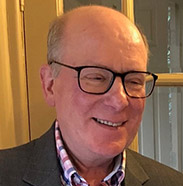 His principal research interests include the physics of semiconductor nanostructures, with particular emphasis on quantum dot, photonic structures and polariton physics. He has an h-index of 73 and has published over 680 papers with a total of more than 18000 citations.

In September 2001 he was awarded an EPSRC Senior Research Fellowship and in January 2002 received the Mott Medal and Prize of the Institute of Physics. He was the Chair of the Semiconductor Commission and a Vice-President of the International Union of Pure and Applied Physics from 2002 to 2005. In May 2009 he was elected to a Fellowship of the Royal Society, and in December 2011 was elected as a Foreign Member of the Russian Academy of Sciences. In October 2012, he was awarded a five year ERC Advanced Investigator Grant. He was awarded the International Quantum Devices award in 2016 and the IOP Photonics prize in 2018.